Performance & Screening @ No-Space, October 28, 7:30 pm
With Michael Cataldi, John Houck, David Kelley, Hans Kuzmich, Jens Maier- Rothe, Jeannine Tang
Parallel Lines is a collaborative project that looks critically at the impact of the construction of the High Line park in Manhattans west side. Since the High Line opened to the public in June 2009, it has become a frequently celebrated example of public space for community, culture, innovative design, and urban renewal. As the High Line becomes a public space, Parallel Lines critically investigates its processes and structure, its surrounding neighborhoods and history. Through dialogue, observation, research and action, the project works to illuminate the blind spots of unchecked gentrification and find ways to occupy the city in a manner that is conscious, creative and vigilant.
Join us this Thursday as we continue our series on Open Sourcing The City with a screening and performance titled A Public Hearing, by members of the Parallel Lines project. A Public Hearing borrows from the physical and communicative structure of public hearings — open forums held in New York City to introduce community input into urban development and planning processes. The performance aggregates a number of documents from the public record, to consider developments regarding the High Line and its surrounding neighborhoods. These documents form part of Parallel Line’s ongoing research into changes affecting neighborhoods such as the West Village, Chelsea, Meatpacking and Hells Kitchen, and include records and board meeting minutes of public hearings and community input forums, legal depositions, newspaper articles, and fundraising publicity over the past five years. Selections from these sources will be read aloud, to explore how communities struggle over space, perform public speech, and produce notions of “the public record.” This research is conducted at a time when neoliberal urban development and its racial, gendered and economic distributions are increasingly uneven and contradictory.
ABOUT PARALLEL LINES
Parallel Lines is a documentary and a demand for the public space we need, told through lives, histories and developments parallel to the High Line, a park on New York City’s West Side.The High Line opened to the public in June 2009, and has become a frequently celebrated example of public space for community, culture, innovative design, and urban renewal. As the High Line becomes a model public space, we critically investigate its aesthetic, economic, legal, political, architectural and urban development processes and the history of its surrounding neighborhoods, to ask:How does public space get imagined, funded, inhabited, used and produced? Who defines public space, and for what ends? How are populations distributed for access to space, quality of life, housing and survival? How do zoning and property development produce relations of privacy and publicness? What are the visual, architectural and environmental methods that render space public? How do we identify with each other as “the public”, and what feelings and emotions contour these experiences? How can we imagine and create the public space we desire?This investigation is posed from our specific standpoint within an international contemporary art community. Consequently, our treatment of these questions will proceed through a filmic analysis ofvisual regimes of representation and their histories, as they intervene in the direction of the built environment. We will also explore up the performativity of our own research, interviewing, social relations and videography, in order to examine our participation in a discursive aesthetic field, and our positions as image-makers, artists, educators, and allies to ideals of public space and the public life that we desire.
Parallel Lines is a project led by six artists and writers. We have made and written about video, film and art for many years, and have shown our work in venues such as NGBK Berlin, Poetry Project at St. Mark’s Church, RKL Gallery, Cooper Union, Las Cienagas Projects, Room Gallery, Art in General, MIX Festival, Workspace 2601, Hammer Museum, Orange County Museum of Art, Millennium Museum, Sculpture Center Long Island, Lower Manhattan Cultural Council, ABC No Rio, and the Bronx Museum of the Arts, among others. 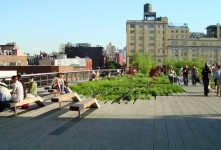